Biography, as described in the Honorary Life Member award by NAREA, in Agicultural and Resource Economics Review, October issue, 2003, page 306.

To find me and my publications on the Internet, you can do the following

Here is an example of the search result on images of the books that I co-authored: 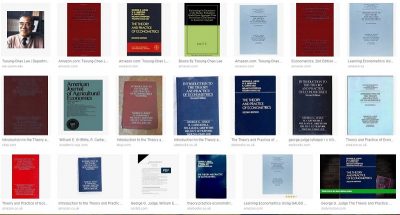